£1.5 million, two year project to tackle crime in the Telford and Wrekin 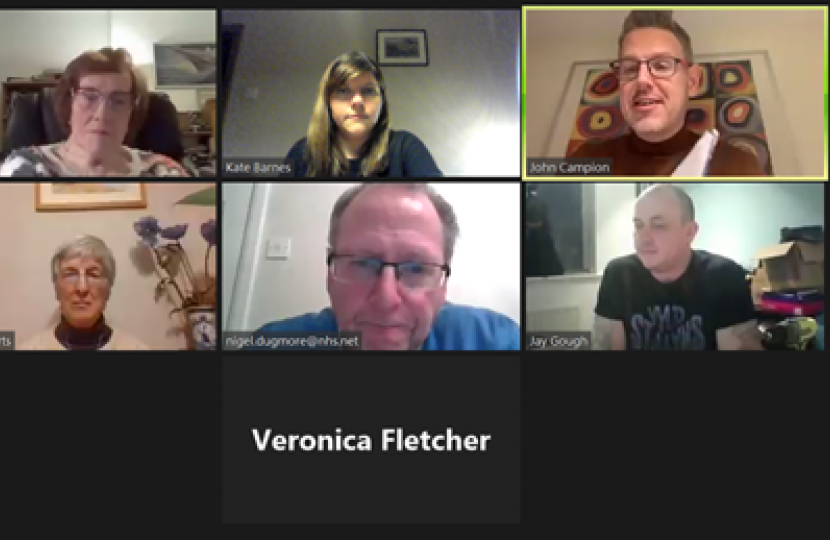 West Mercia Police and Crime Commissioner John Campion has announced, in partnership with Telford and Wrekin Council, that they will be investing in a new Safer Communities Project to launch this year.  Cllr Kate Barnes (Dawley and Aqueduct) and Cllr Jay Gough (Donnington and Muxton) were delighted that their lobbying of PCC John Campion has been successful and will deliver significant investment in crime reduction initiatives to the communities they represent.  At a recent meeting held remotely  with Mr Campion, both Councillors were able to raise concerns and discuss crime reduction measures.

The new project looks to build on the success of the recent £550,000 Safer Streets project which was launched in Brookside last November, which is still ongoing, as well as the recent £500,000 investment into upgrading local CCTV provision by the council and PCC.  The partnership will look to learn from initiatives implemented in Brookside to roll out new measures in priority locations that will benefit the whole borough. The project will deliver initiatives that prevent crime and anti-social behaviour over a two year period and improve the quality of life for local communities.  This approach will be driven by local data and intelligence that will ensure the borough is a safer and cleaner place to live, work and visit.

Cllr Kate Barnes said "I have been pushing for some time for an innovative approach to safer communities, and the Police and Crime Commissioner has assured me he will focus on tackling long term issues currently causing concern in Dawley and Aqueduct, identifying the root causes and putting in place longer term solutions that can be managed within the community alongside support from the council and local partners’. Cllr. Jay Gough has identified improvements for Donnington including extra  CCTV and improved lighting to footpaths so that residents feel safe, especially during the dark winter nights.  Areas by the Parade shops and the war memorial have both been identified as of particular concern due to incidents of anti-social behaviour. 'We should take pride in our community and not be afraid to leave our houses” he told Mr Campion.

Police and Crime Commissioner John Campion said “This is a substantial investment that builds on the additional resources and investments in crime prevention and additional police officers in recent years. With the innovative partnership with local community leaders, our joint investment will maximise the benefits to the communities in Telford, ensuring residents live in a low crime area and feel safe. I made a commitment as Commissioner that I would tackle crime and build stronger communities, and this funding is an important step in delivering on that commitment.”

Our Plan for a Stronger Economy

Read about how our plan is tackling inflation and helping you with the cost of living.