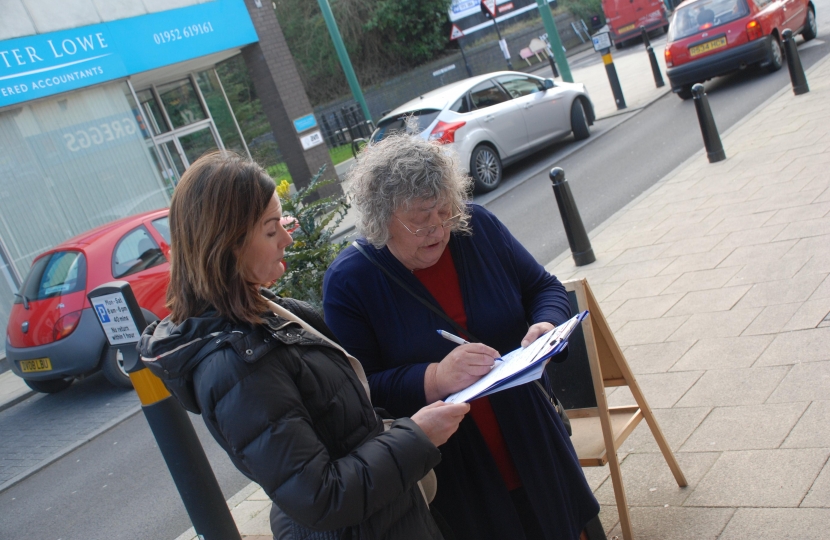 A local campaign to scrap hospital parking charges has had more than 300 signatures.

The Telford Campaign Against Hospital Parking Charges, led by Lucy and launched in early February has gained local support.

Parking fees at the Princess Royal Hospital in Telford increased by 75% in November - up from £2 a day to a whopping £3.50.

Lucy said: “Lots of people have spoken to me about their experiences. They feel really strongly about this. People don't choose to go to hospital. They go because they are sick. A huge proportion of the revenue raised from parking charges goes to the car park operator, not to the hospital. There has to be a better way, than creating extra stress at what is a difficult time for people.”

Lucy has now written to thousands households in Telford asking them to sign the petition which she will present to NHS Telford & Wrekin Chief Executive Peter Herring to let him know how important this issue is to local people.

Kath Evans, from Oakengates, got caught out by the parking charges when she had to use the hospital last year. She said: “I was too ill to use the bus to get there, so my husband had to drive me to the hospital.”

Lindsey McFadyen, who works at the Sunshine Cafe in Oakengates, said: “It’s wrong. I paid £17.50 for seven visits, and staff were very rude and unhelpful”

Want to add your name to the petition? Sign at www.tcahpc.co.uk.