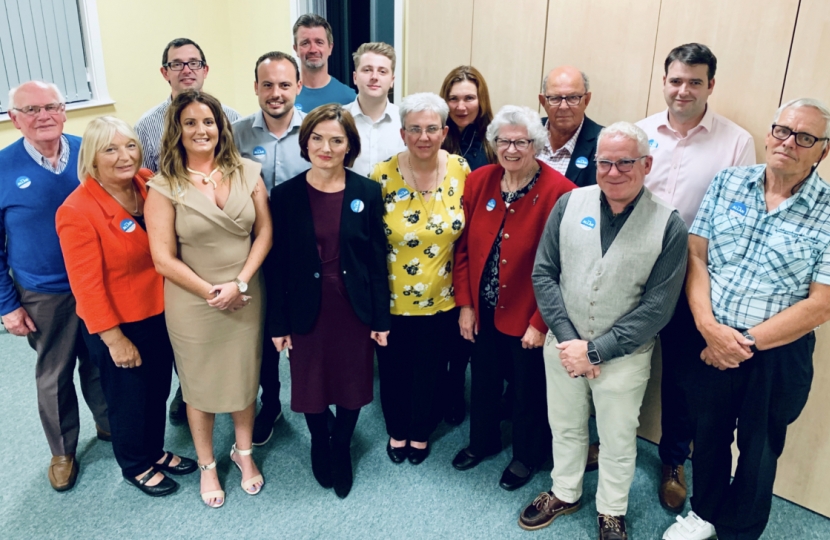 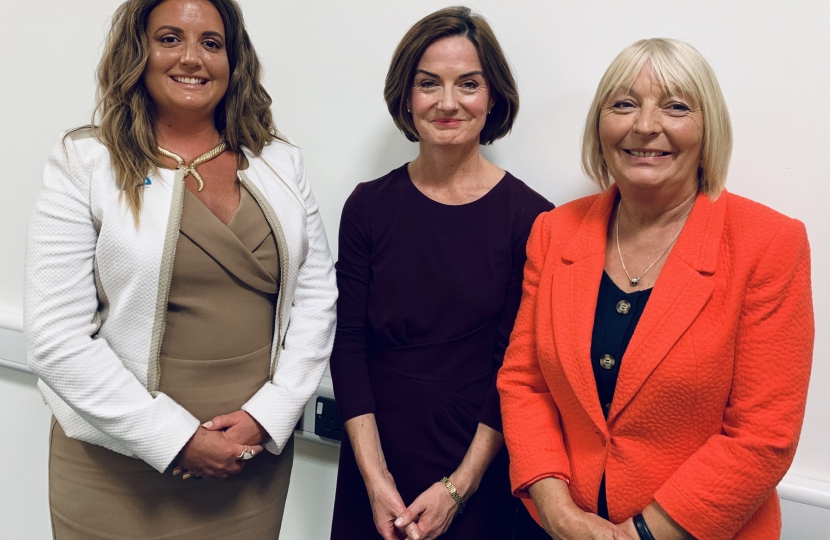 Lucy Allan is re-adopted by the Telford Conservative Association to stand as Telford’s Conservative candidate at the next General Election.

The Telford Conservative Association’s Executive Council convened for a special meeting Chaired by Telford Conservative Association Chairman Nicola Lowery which invited the sitting Member of Parliament to address the Executive Council and to take questions.  A ballot formally concluded Telford Association’s decision to re-adopt the sitting Member of Parliament Lucy Allan to stand as the candidate within the Telford Constituency at the next General Election.

Lucy Allan was first elected as the MP for Telford in 2015 and retained the seat within Telford in the 2017 snap General election winning with 21,777 votes with 48.7 % of the overall vote.

Nicola Lowery, Chairman of the Telford Conservative Association said:  “I am delighted to confirm that Lucy Allan has been officially re-adopted by the Telford Conservative Association Executive Council as the sitting MP and will stand as the prospective Parliamentary candidate for the Conservative Party in Telford at the next imminent General Election.  A General Election is required to ensure that we can deliver our ambitious domestic agenda for our great nation by progressing with a new legislative programme which will see welcomed investment in a number of areas.

“Telford voted to leave the EU with a majority of over 24,000 votes and it is important that that we deliver on this instruction from the British people to ensure democracy is upheld.  The Conservatives are the only Party that has the intent and capability to honour and uphold the democratic outcome of the referendum in 2016 and are working to enact the will of the British people by leaving the European Union on the 31st October.

“Telford deserves an MP that works at the very heart of the community, supports and furthers our aspirations and stands up for our views.  Lucy has and continues to ensure that Telford’s voice is heard both in Westminster and within the constituency and I look forward to continue working in collaboration with her and our team to ensure we deliver in the national interest and for our fantastic community here in Telford”.

Lucy Allan MP said: “I am deeply honoured to have been re-adopted as the Conservative Parliamentary Candidate for Telford. I am touched by the trust and confidence that has been placed in me to once again stand for election as the Conservative candidate.

“It is a huge privilege to represent Telford in Parliament and I will continue to work hard to fulfil my responsibilities to the best of my ability.

“My sincere thanks to all officers and members of the Association whose kindness, support and hard work has made it possible for Telford to have a Conservative representative in Parliament”.

The Commonwealth, G7 and NATO Summits