A complaint and snagging list have been presented to the developer consortium for their attention. This will be followed up.

The highways officer has confirmed that the resurfacing works to the Meadows Footpath has been completed and the proposed works on Arleston Lane will be completed by half term.

It has been very busy in Horsehay & Lightmoor Ward. The onset of autumn and wet weather has caused some major problems on the road network around Lawley Common Island. Large amounts of earth movement has been necessary to build up future phases and coupled with this extensive ground working has seen a buildup of mud on the highway. Constraints on site have not ensured that the highway remains safe and although it has been reasonably contained a breakdown in communication onsite saw major problems arise.

This has now been addressed by ensuring that equipment is maned continually. Highway safety is paramount and extensive monitoring of the road by me on a daily basis and T&W Compliance Officers continues. 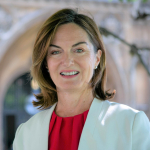 Member of Parliament for Telford

Lucy is the Member of Parliament for Telford, after her successful election in May 2015. Since her election she has been working hard for the people of Telford, helping them with their issues and concerns. If you have a local issue you would like to discuss with Lucy, please contact her office on 01952 290039 or email lucy.allan.mp@parliament.uk. Visit her website you can find out more about Lucy at www.lucyallan.com 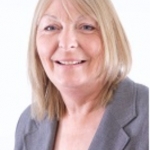 Jayne has lived in Telford for 27 years and is both a mother and grandmother. Committed to helping children and young people Jayne has worked in local junior and secondary schools, supporting children with special educational needs and disabilities.