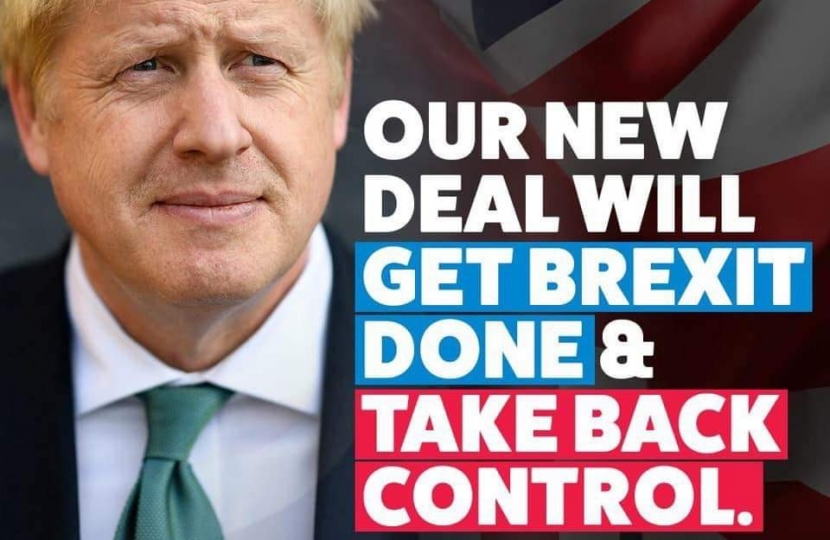 Today our Prime Minister defied all the odds and secured a new Brexit deal with the EU.

Tonight our Association Chairman Nicola Lowery attended a briefing with our Party Chairman James Cleverly and the Leader of the House of Commons Jacob Rees-Mogg on the new Brexit deal that has been agreed with the EU.

Telford Association Chairman attended the briefing and said:  “Today our Prime Minister and his team negotiated a new deal that removes the controversial backstop which mean the UK it’s entirety will leave the EU Customs Union after the transition period.

“As with any negotiation concessions have to be made, which will mean that Northern Ireland follow EU rules and regulations for goods.  This importantly does not apply to services.

“This situation will continue until a new agreement on the future relationship is reached, or Northern Ireland votes down the deal. Its government will have the opportunity to vote on the provisions of this deal after four years, and then at least every eight years after that.

“I am pleased to see the Prime Minister’s absolute resolve and determination to get Brexit done and I’m very encouraged by the new deal our Prime Minister and his team have negotiated.

“The new deal will ensure the UK in its entirety leaves the EU, that the controversial backstop is removed and that the whole of the UK will be able to strike its own trade deals with non-EU countries as well as with the EU.

“This is our chance to get Brexit done, so we can start delivering in the national interest and in our positive domestic agenda.  I hope members across the House of Commons will this Saturday support the deal in a confirmatory vote as it will ensure we can get Brexit done as per the commitments in the manifestos both the Conservative Party and Labour stood on at the General Election in 2017”.